TopTier Trader has had a great year and we want to celebrate that success with all of our friends, family, and community.

In order to give back to our community, Cue Banks and Anthony Williams hosted a mixer in Scottsdale, Arizona at Casa Amigos. 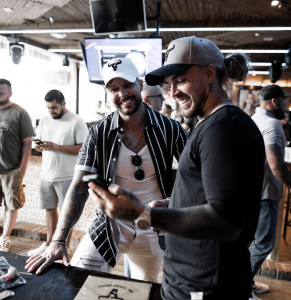 Casa Amigos was the perfect venue for the TopTier Trader Forex Arizona mixer.

Not only is Casa Amigos an amazing restaurant, but it’s also a nightclub that hosts private events.

Chris Brown had a table next to TopTier and the party raged on until the wee hours of the night.

Overall, the TopTier Mixer was a success and we cannot wait for the next one! 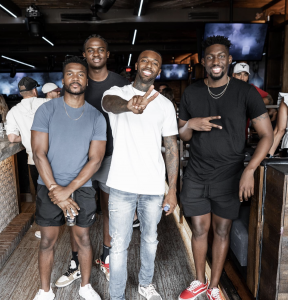 “When I heard that TopTier Trader was hosting a mixer in Scottsdale, Arizona where the community could have a chance to mingle with the founders of the company on a personal level, I knew I had to be there.

All like-minded people we’re invited to come and hang out with Cue, Anthony, Nick, and all the people that work behind the scenes.

I noticed an immediate sense of appreciation in the guest because it allowed the community to attach faces to the Social Media Profiles they all follow, and conversate with the very people that have helped them reach their personal goals.

From sharing advice, making connections, and creating lifelong relationships to talking about our favorite foods, the mixer bridged the gap between student traders and industry greats by producing a very relaxed environment.

The community was grateful to have an opportunity to speak with people they look up to, and the passion they came with served as a reaffirmation to the TopTier team that the work they do for the community is valued.

Lastly, the room was full of appreciation from both sides and it shows in all the pictures. I truly believe the event provoked some life-changing conversations and appreciate that the community took full advantage of the opportunity. It was impressive to see an event be so organized and effortlessly perfect.”  – Sebastian Sosa 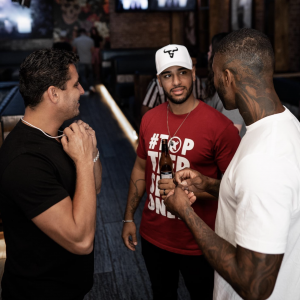 Join a Community of Traders

Don’t worry if you missed the TopTier Trader Forex Arizona Mixer because there are more to come.

Also, if you become a funded TopTier trader, then it will be possible to get flown out and have your expenses covered for the next mixer.

For this mixer, TopTier invited and flew out a few different funded traders.

So, make sure to try a challenge and trade to live!